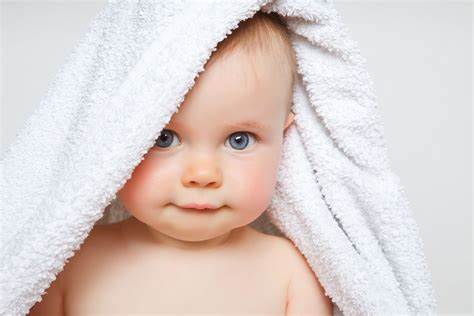 To start your child custody in California  you need to be familiar with the basic terminology. Family Code 3002-3007 gives definitions for different types of custody, such as “legal” and “physical” custody, “joint” and “sole” custody.

Under Family Code 3006, “sole legal custody” is the child custody in California when one parent has “the right and responsibility to make decisions regarding the health, education and welfare of a child.”

Under Family Code 3083 “Joint legal custody” is a  child custody in California in which both parents share the right and responsibility to make decisions regarding the child’s health, education, and welfare. When you are deciding how will be child custody in divorce practically works for your kids, you must understand that when parents are not able to communicate with one another it would impact making such decisions for children. One of the solution to proceed with join legal child custody in divorce is may be assign to one parent the sole right to make decisions pertaining to particular issues, for example health, while another parent would take care of education. Another solution  is to consult with third-party expert to help resolve the conflict.

Requesting simply “joint legal custody” in child custody in divorce case would not be sufficient to resolve the problems clients will have when they are making decisions for their children. The Family Code allows creating language specific language to the needs of each case.

For example, if the problem is that one parent consistently refuses to notify the other of extracurricular activities or medical changes, parents should write an order specifying a minimum time frame in which such information must be provided. Another solution is utilizing an online computer program designed for family scheduling that is accessible from different electronic devices.

Another potential problem might take place in child custody in California is that the lower timeshare parent might have periods of time in which contact with the child is severed for many days or weeks at a time. If the children old enough, it would be a good idea to specify an order providing for regular telephone or videoconferencing (Skype, Facetime) contact for both parents.

Usually parents who have sole physical child custody in California have benefited from courts’ holding that they have a presumptive right to change the residence of the child without the consent of the other parent. However, to the power of the court to restrain a move that would prejudice the rights or welfare of the child or affect the other parent’s ability to have contact with the child.

Joint physical child custody in California is situation in which both parties will have significant periods of physical custody with the child.

Orders that provide only that physical child custody in divorce is “joint” should specify the “timesharing arrangement” or “parenting plan” of the parties. It means it sets forth the specific dates and times during which each party will exercise custodial time. The Judicial Council’s child custody in California order attachments such as Forms FL-341, FL-341(A)–(E) will help in focusing parents on creating a detailed parenting plan.

There is another form of custody in child custody in California used by some courts “primary” physical custody, or “residential” custody, in conjunction with “secondary” physical custody. There is no statuary definition of those forms. Generally, “primary physical custody” means unequal timesharing arrangements, which are then specified by allocation of the dates and times during which each party is to exercise custodial time.

Under family Code 2010, in proceedings for divorce, legal separation, or annulment, a court may determine child custody  relating to minor children of this marriage.  “This marriage” includes children born during the relationship of same people before or during marriage.

If a couple were never marriage, there is a different proceeding should be taken to establish child custody – paternity.

Te examples of some other situations for establishing child custody in California are actions involving grandparents, actions involving stepparents, domestic violence restraining order, guardianship and many others.

After or during modification or establishing child custody in California you might also consider requesting child support.

If you  live in Orange County and would like to proceed with your child custody yourself, you can use self-help centers in Orange County Superior Court at Lamoreaux Justice Center at 341 The City Dr S, Orange, CA 92868.